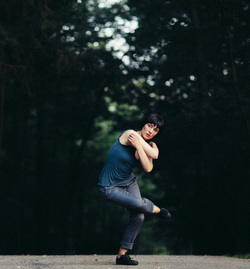 Jil Stifel is an independent choreographer, multidisciplinary collaborator, and performer who works in movement and dance.

Her work has most recently been presented as part of Kelly Strayhdorn Theater's New Moves festival, PearlPRESENTS dance festival, Alisha B Wormsley's Streaming Space, JAMTIME watch parties. Friday August 28th 2020 #movedbyyou an ongoing collaboration with Maree Remalia was presented by City of Asylum as part of The Show Must Go On(line) and KST Global Stream Digital Commissions. She is humbled and honored to have the opportunity to collaborate with the incredible artists involved in these projects.

In 2015 in collaboration with Ben Sota, Jil premiered a new work, WaywardLand, as part of the New Hazlett Theater’s CSA Performance Series. This work fuses modern dance, physical theater and contemporary circus. WaywardLand was named one of the Ten Best Contemporary Dance Performances of 2015 by Adrienne Totino in the Pittsburgh Dance Examiner.

Her choreography and multi-media projects have been presented in the United States and Japan. Her work has been supported by the Greater Pittsburgh Arts Council and the Pennsylvania Council on the Arts, the Heinz Foundation and the Kelly Strayhorn Theater. She has been commissioned to create student work for the University of Pittsburgh Dance Ensemble.

Her recent performance credits include her work with Maree Remalia | merrygogo including Multiple Bodies, The Blanket, Dave Bernabo's MODULES as well as performances with Staycee Pearl Dance Project. Jil has performed extensively both nationally and internationally with Pittsburgh’s Attack Theatre and Philadelphia’s Miller Rothlein Dance Theatre( formerly Miro.) She was honored to dance with Kyle Abraham performing his early works in Pittsburgh.  She is also a former company member of Labco dance, TanzTheatre Andre Koslowski( formerly PDT) and Gia T presents.

Jil currently teaches dance at the University of Pittsburgh. She holds a Bachelor of Fine Arts with Highest Honors in Dance from Rutgers University, Mason Gross School of the Arts a Master of Science in exercise physiology and is a Certified Yoga teacher. 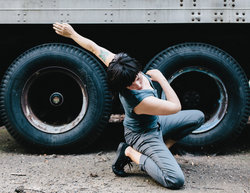 I am a choreographer, interdisciplinary collaborator, and performer. My performances blend movement with art forms including sound, sculpture, installation, video, and theater to explore what it means to be human, the quirky weirdness of the experience, and the soft sweetness of it. I derive movement from physical experiences that reside in the memory of my cells. I use movement as a tool to excavate emotions and thoughts that transcend the boundaries of the spoken and written word. When I create, I listen to my body and mind, respond to the unexpected, cultivate serendipity, and strip away the extraneous. ​